BETWEEN THE LINES, ABOUT POLES | LITVEST – MUSEUM OF THE BAVARIAN VILLAGE

Home / News / BETWEEN THE LINES, ABOUT POLES | LITVEST – MUSEUM OF THE BAVARIAN VILLAGE

LitVest, 10th edition. One of Europe’s most creative and important literary festivals is celebrating its tenth anniversary. Organised by the Timis County Library “Sorin Titel”, LitVest started in 2012 with a torchlight reading. The festival’s conceptual calendar includes initiatives such as Lecturi aprinse (readings in unusual sources of light), Text concerto (concerts “short-circuited” by literary interventions), The Riveter (the first issue of a British literary magazine devoted entirely to Romanian literature) ETC – capital letters are de rigueur.

LitVest 2021 will take place in the framework of the Christmas Park, organised at the Banat Village Museum by the Timis County Council, in collaboration with the cultural institutions under its auspices.

TUESDAY, 21 DECEMBER, 7 p.m. – BEHIND THE RINSES, ON THE POLI, stage in front of the main stage. A review of the press… historical – defining moments in the history of Politehnica Timișoara as read by the Timisoara Druckeria.

During the event on December 21st at the Village Museum of Banat – Christmas Park, we present you the following historical data from the 100 years of Politehnist football: 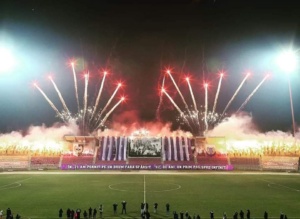 – Beginnings of the rivalry with Aradul

Persons who will address each topic 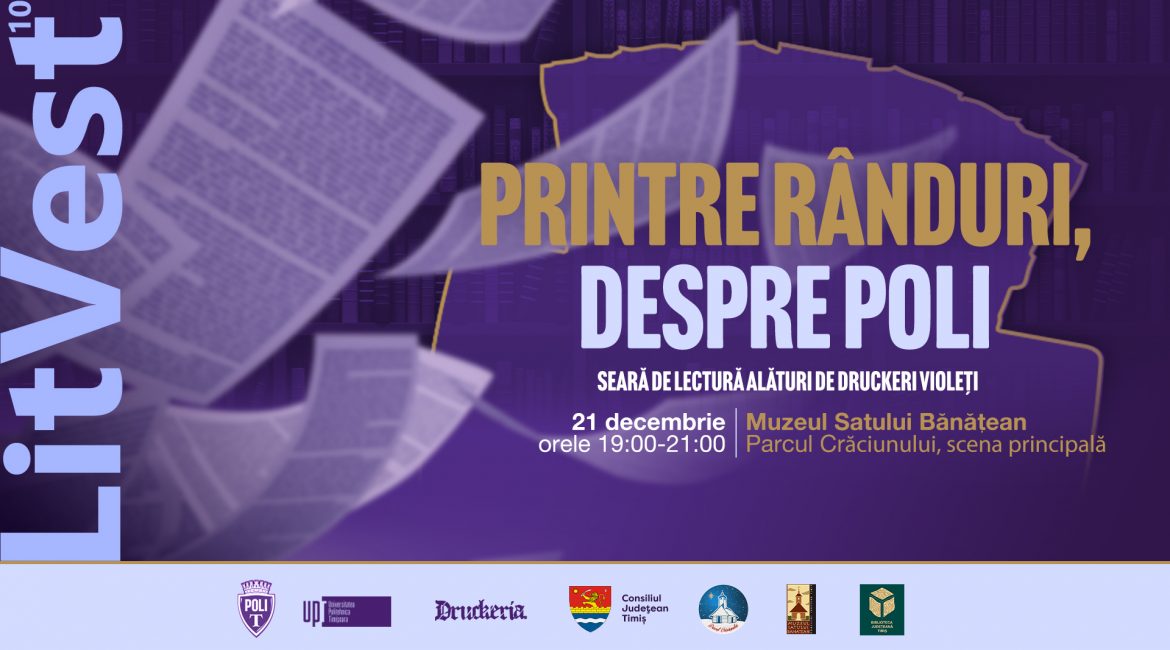