TRAINING PROGRAMME OF THE WHITE-PURPLE AT THE BEGINNING OF 2022

The white-violet team is gathering the ranks to approach the second part of the 2021-22 season of League 2. The team meeting is scheduled for Monday, January 10, at the “Dan Paltinisanu” stadium. Politehnica will train locally and have five fixtures set for February.

The first training session of the year will start on Monday at 10.30. On January 11 and 12 our players will undergo a medical examination and from January 17 the white-violet squad will start a centralized training camp. As usual during this period, the team’s “headquarters” will be the Polytechnic House No. 2, where the players will benefit from very good accommodation and meal conditions. The training camp will end on 28 January.

“We had been considering Serbia or Hungary, but there are these problems generated by Covid and so we decided to stay local,” Nicolae Croitoru, Politehnica’s head coach, said about the centralized training camp option. 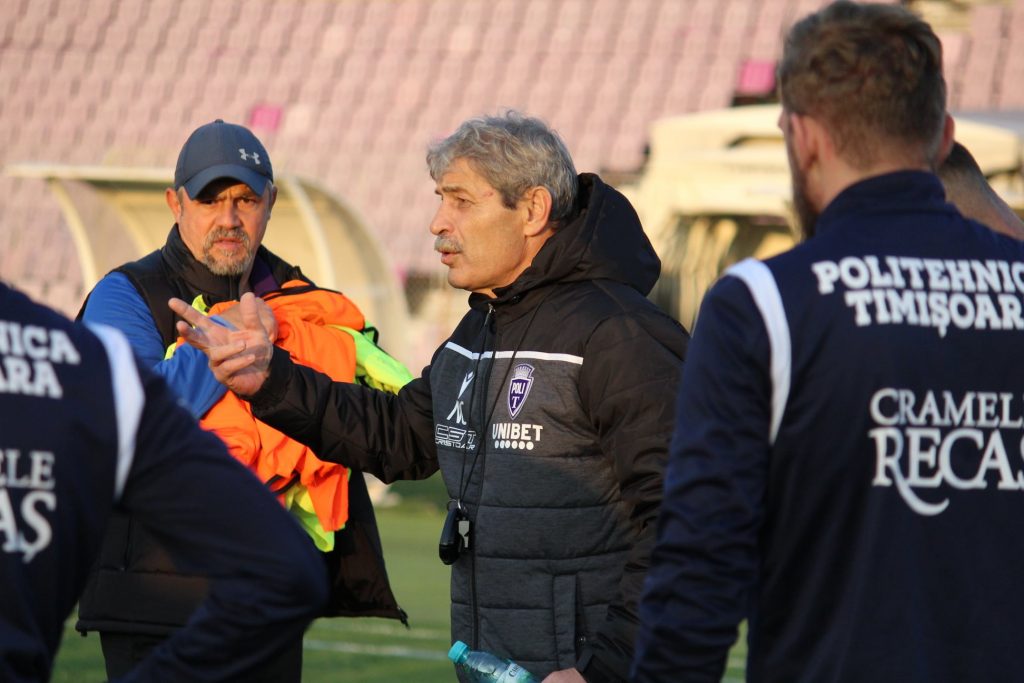 Politehnica’s first friendly in 2022 will be against CSC Dumbravita on February 2. Three of the five League 3 teams that our team will meet in preseason are ranked 1st in their series (CSM Reșița – leader in C7, CS Hunedoara – C9 and CSC Ghiroda – C8).

“There would have been another free date, but there I don’t necessarily want to have a preparation game, because it’s basically the penultimate week (12-19 February). I would prefer to stay with only one game… There may be other tests, because we now have quite a large group, there are also players from the Academy and, depending on the minutes they will get, we try to find games for those who have played less“, said Nicolae Croitoru.

*location to be decided

– The schedule of the verification matches may be subject to change

Politehnica’s first official match of the new year will be around 26 February, at home against Petrolul Ploiești, in the 17th round of League 2.